The Bullish Case for Cryptocurrencies Webinar Recording and Notes

The Bullish Case for Cryptocurrencies Webinar Recording and Notes

In an almost three-decade media and academic career in which I lived and worked on five different continents, my interests have coalesced around the social, economic and political impact of digital technology and globalization. Most of that time I’ve been a journnalist, including 18 years at Dow Jones and The Wall Street Journal. I’ve since added other descriptors to my resume: author, researcher, teacher, mentor, communicator, advisor and entrepreneur, and now media executive. I focus on projects that harness blockchains and other technologies to improve access to the digital economy and I seek to advance public understanding of the potential for digital innovation to further public good.

I am currently Chief Content Officer at CoinDesk, Inc., the leading news and information provider for the blockchain and digital assets industry. My team of journalists, multimedia professionals, research analysts and event programmers are driving the global conversation around the transformation of finance and economics.

In am also the founder and chairman of media analytics company called Streambed Media, which uses breakthrough cryptographic and blockchain technologies to add rich data to videos and other digital content.

Meanwhile, at MIT, I remain a pro bono advisor to MIT Media Labs’s Digital Currency Initiative. As a public speaker, I provide presentations, lectures and consulting services to help audiences and corporate leaders learn about blockchain technology and to face the impact of digital disruption. (Speaking agent: http://www.thelavinagency.com.) 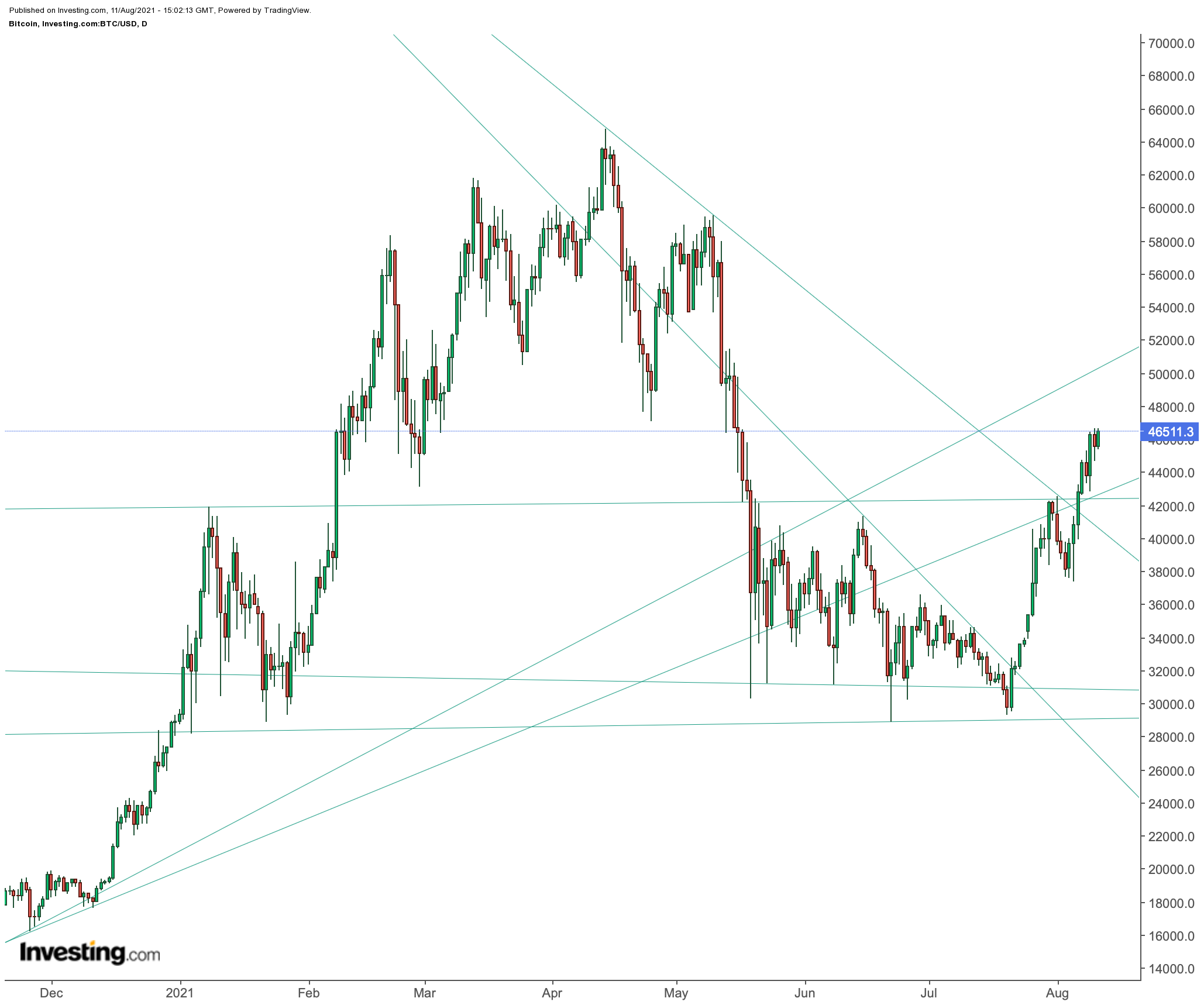 There have been both positive and negative headlines over the past few weeks:

“This is in part due to the growth of DeFi applications on other Ethereum Virtual Machine compatible networks that users can access via MetaMask, like BSC and Polygon.”

Another CyberPunk NFT up for sale for $90.5 million

The work is in the form of an NFT – meaning it is authenticated by blockchain, which certifies its originality and ownership.

The latest congressional infrastructure bill, which includes provisions on the regulation of crypto assets, could help legitimize cryptocurrencies within the mainstream financial community,

The real story is not about Bitcoin, the story in our opinion is DeFi:

Ethereum has unleashed a wave of financial innovation.

We remain firmly convinced of the long term bullish developments that have taken place, between the Chinese clampdown on miners and the new attempts to define and legislate cryptocurrency’s as an asset class, will continue to underpin the positive momentum in this nascent and emerging market.